The Mayor, who is the chief elected officer for the city, presides over all meetings of the City Council voting only in case of a tie. The Mayor exercises general supervision over administrative work of the city and signs all written and approved contracts. 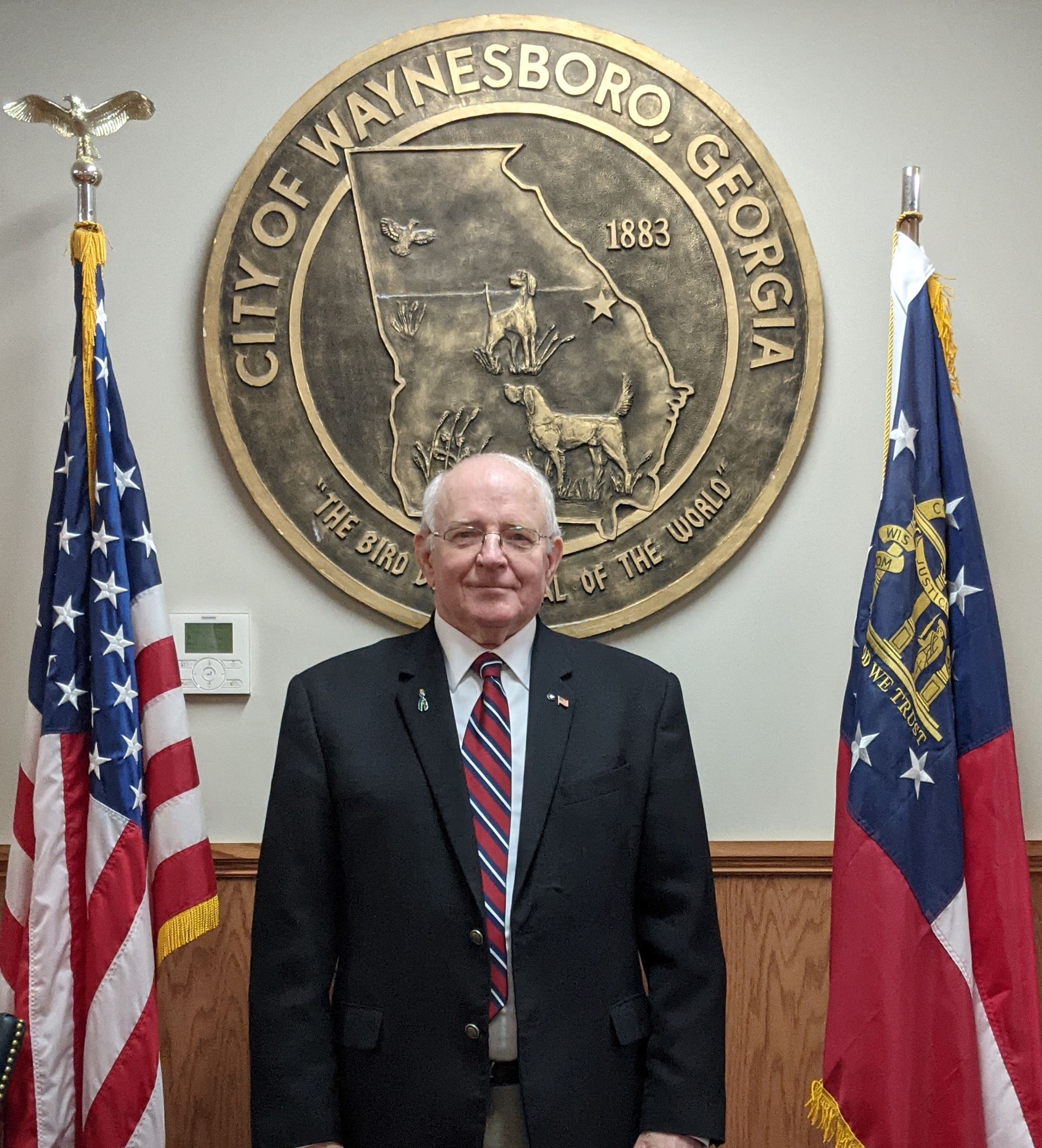 William B Tinley is the current Mayor of Waynesboro. He is a native of Waynesboro, Georgia and a graduate of Waynesboro High School. He attended Abraham Baldwin Agricultural College in Tifton, Georgia and later graduated Augusta College with a B.A. in Political Science. He married Barbara Lynne Caudle, a native of Oak Ridge, Tennessee, who lost her battle with ovarian cancer on May 7th, 2007.

Mr. Tinley retired as Field Supervisor/Principal Audit Specialist with the Georgia Department of Agriculture after 32 years of service. He is a retired Lieutenant Colonel from the Georgia Army National Guard with 28 years of service, 10 years enlisted and 18 years as a commissioned Field Artillery Officer.

First elected to Council in December of 1969 at the young age of twenty-three he served a two-year term and was not reelected. Mr. Tinley was appointed in May of 1992 to fill an unexpired term and has served continually on the City Council for 30 years until resigning in August of 2022 to run for Mayor. He was sworn in as Mayor at 76 years old – possibly the oldest person elected.

Mr. Tinley represents the City on the Burke County Library Board of Trustees where he currently serves as Vice-Chairman. He also represents the County on the Greater Clarks Hill Reginal Library Board of Trustees. He is a member of the Georgia Historical Society, Sons of American Revolution, Waynesboro Rotary Club, Rosemont Baptist Church, Gideon’s International, and the American Legion Post 120 in Waynesboro.

Interested in having the Mayor attend your event?
Submit a Request